#022 Inspiring Nurses to Listen to Themselves with Cat Golden

I used to be horrible at trusting myself.  I doubted and second-guessed and challenged myself at every turn until one day I realized that the only person that was hurting was myself. And I am not alone in this. A 2003 Cornell Study found that women consistently underestimate themselves, while men consistently overestimate their abilities.

Cat Golden, founder of NursesInspireNurses, said for a long time, she too fell into the trap of selling herself short, and a large part of that habit was supported by having constant access to the highlight reels on social media. At 28, she found herself divorced, overwhelmed, and burnt out, and comparing herself to her friends and classmates and colleagues only made things worse. It wasn’t until she did some self-work that she realized just how impactful learning to see herself as credible and secure could be (psst…it might involve putting a pin in scrolling Instagram).

From there, she was able to use that self-awareness and newfound mindfulness as a means of connecting with other nurses, building them up and, in the process, creating a community of encouragers and allies that could do the same for her and their wider circles.

Do you think you’re up for a digital detox? As overwhelming as it sounds, you don’t have to go all or nothing with it. Start small. Get quiet, and be still. Put down your phone. Check in with yourself. What do you need? How can you help yourself? 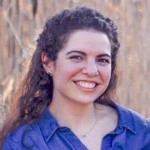